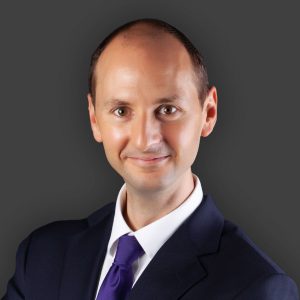 John Oden has more than 15 years of mergers and acquisitions experience. He has extensive expertise analyzing quality of earnings, working capital needs, and other financial / operational information for investment transactions. He primarily works with private equity firms, family offices, and investment bankers to facilitate M&A transactions on both the buy-side and the sell-side. Typical transaction sizes range from $5M to $1.5B.

Prior to Whitley Penn, he founded and managed Oden Partners, a consulting practice conducting due diligence for private equity transactions. A number of his clients managed billions of dollars in assets. At Oden Partners, John served as the Chief Financial Officer for client portfolio companies in the software, insurance, and midstream energy sectors. He also created financial models that launched now-successful companies in home health care as well as proprietary polymer resin manufacturing for 3D printing.

Before founding Oden Partners, John worked at Transition Capital Partners evaluating acquisition opportunities and presenting his findings to the executive investment committee. He also worked as an Associate at Adjacent Capital, where he created the financial model enabling the firm to raise its first $50M fund.

Prior to obtaining his MBA in Finance from Southern Methodist University, John focused on technology-related post-merger integration for M&A transactions. During this time, he led software implementations for portfolio companies in the United States, Argentina, Chile, Colombia, and India.

John has a BA in Philosophy from the University of Michigan, where he was ranked 11th in the country at intercollegiate debate. He is an Eagle Scout and a former Texas state debate champion.

Any cookies that may not be particularly necessary for the website to function and is used specifically to collect user personal data via analytics, ads, other embedded contents are termed as non-necessary cookies. It is mandatory to procure user consent prior to running these cookies on your website.