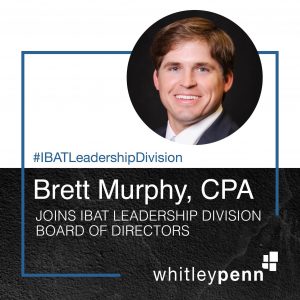 Austin, TX (July 21, 2020) – Brett Murphy, Audit Partner in the firm’s Austin office, has been named to the Independent Bankers Association of Texas (IBAT) – Leadership Division Board of Directors.

Murphy primarily works with clients in the financial institutions industry but has significant experience working with publicly-traded and privately-held companies across a myriad of industries including financial services, manufacturing, retail, infrastructure and employee benefit plans. He is highly regarded among IBAT members, the Risk Management Association and the Texas Bankers Association.

“I am honored to have the opportunity to serve in a leadership capacity within IBAT. I have been an active member in the organization for many years and am excited to work with this Board as we plan for the future,” stated Murphy.

“Brett has played an integral role in the overall growth and success of our Austin office. He will be a great asset to the Independent Bankers Association of Texas – Leadership Division Board of Directors as he continues to serve others and be a leader in his community. We are extremely proud of Brett’s accomplishments and support his leadership initiatives,” stated Felix J. Lozano, III, Director of Audit for Whitley Penn.

Murphy earned a B.B.A. in Accounting from Texas Tech University.

Formed in 1974, the Independent Bankers Association of Texas (IBAT) represents Texas community banks. The Austin-based group is the largest state community banking organization in the nation, with membership comprised of more than 2,000 banks and branches in 700 Texas communities. Providing safe and responsible financial services to all Texans, IBAT member bank assets range in size from $21 million to $31 billion with combined assets statewide of nearly $223 billion. IBAT member banks are committed to supporting and investing in their local communities. 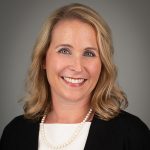